We’ll see the from scratch aspect of the book play out as we implement several building block functions to help us work towards defining the Euclidean Distance in code:

While we don’t see its application immediately, we can expect to see the Euclidean Distance used for K-nearest neighbors (classication) or K-means (clustering) to find the “k closest points” ( source). (note : there are other types of distance formulas used as well.)

En route towards implementing the Euclidean Distance, we also implement the sum of squares which is a crucial piece for how regression works.

Thus, the from scratch aspect of this book works on two levels. Within this chapter, we’re building piece by piece up to an important distance and sum of squares formula. But we’re also building tools we’ll use in subsequent chapters.

We start off with implementing functions to add and subtract two vectors. We also create a function for component wise sum of a list of vectors, where a new vector is created whose first element is the sum of all the first elements in the list and so on.

We then create a function to multiply a vector by scalar, which we use to compute the component wise mean of a list of vectors.

We also create the dot product of two vectors or the sum of their component wise product, and this is is the generalize version of the sum of squares. At this point, we have enough to implement the Euclidean distance. Let’s take a look at the code:

You’ll note that we do type annotation on our code throughout. This is a convention advocated by the author (and as a newcomer to Python, I like the idea of being explicit about data type for a function’s input and output).

Here’s another view of what’s going on with the add function:

This is pretty much the same as the previous:

Here, a list of vectors becomes one vector. If you go back to the add function, it takes two vectors, so if we tried to give it four vectors, we’d get a TypeError. So we wrap four vectors in a list and provide that as the argument for vector_sum:

Multiply Vector with a Number

One number is multiplied with all numbers in the vector, with the vector retaining its length:

This is similar to componentwise sum (see above); a list of vectors becomes one vector.

Here we multiply the elements, then sum their results. Two vectors becomes a single number (float):

In fact, sum_of_squares is a special case of dot product:

With magnitude we square root the sum_of_squares. This is none other than the pythagorean theorem.

This is the distance between two vectors, squared.

Finally, we square root the squared_distance to get the (euclidean) distance:

We literally built from scratch, albeit with some help from Python’s math module, the blocks needed for essential functions that we’ll expect to use later, namely: the sum_of_squares and distance.

It’s pretty cool to see these foundational concepts set us up to understand more complex machine learning algorithms like regression, k-nearest neighbors (classification), k-means (clustering) and even touch on the pythagorean theorem.

The first thing to note is that matrices are represented as lists of lists which is explicit with type annotation:

You might bet wondering if a list of lists is somehow different from a list of vectors we saw previously with the vector_sum function. To see, I used type annotation to try to define the arguments differently.

I did a variety of things to see if vector_sum and vector_sum2 behaved differently, but they appear to be identical:

To keep it simple, in the context of matrices, you can think of vectors as the rows of the matrix.

For example, if we represent the small dataset below as a matrix, we can think of columns as variables like: height, weight, age; and each row as a person:

By extension of rows and columns, we can write a function for the shape of a matrix. This below shape function takes in a matrix and returns a tuple with two integers, number of rows and number of columns:

Now, going beyond finding the shape, rows and columns of an existing matrix, we’ll also want to create matrices and we’ll do that using nested list comprehensions:

Then we’ll actually use the make_matrix function to create a special type of matrix called the identity matrix:

To be sure there are other types of matrices, but in this chapter we’re only briefly exploring its construction to prime us.

Finally, matrices can also be used to map binary relationships.

On our first day at DataScienster™ we were given friendship_pairs data:

These friendship_pairs can also be represented in matrix form:

This allows us to check very quickly whether two users are friends or not:

And if we wanted to check for each user’s friend, we could: 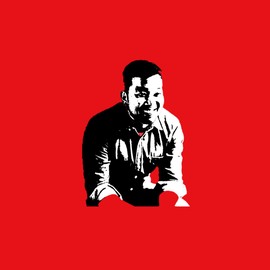